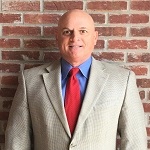 Tommy Landry obtained a B.B.A. in marketing from Mississippi State University in 1988 and founded a corporation six weeks later. Over the next twenty years, Tommy owned several businesses and employed several hundred people. Tommy’s experiences as a business owner, investor, and money manager led him to become a financial advisor with Edward Jones Investments in Flowood, MS. Tommy is past President of the Flowood Chamber of Commerce and served on the Flowood Chamber Board of Directors. In 2011, Tommy partnered with David A. Yates, Jr. to form Crown Financial Partners, LLP.

Tommy enjoys attending sporting events with family and friends on every level from little-league baseball to New Orleans Saints football. 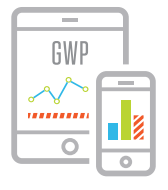 Before opening an account, get a proposal that shows sample recommendations for your portfolio and what you could potentially accomplish with Guided Wealth Portfolios.